Biology • researchgate.net
Loren Frank is a Howard Hughes Medical Institute investigator and a professor of physiology at the University of California, San Francisco. He is also the co-director of the Kavli Institute for Fundamental Neuroscience at UCSF. He received his B.A. in psychology and cognitive studies from Carleton College and his Ph.D. in systems neuroscience and computation from the Massachusetts Institute of Technology. He did postdoctoral research at Massachusetts General Hospital and Harvard University. His laboratory uses a combination of techniques to study the neural bases of learning, memory and decision-making. In particular, his work focuses on the hippocampus and related structures, brain areas critical for forming and retrieving memories for the events of daily life. He also works in close collaboration with colleagues from Lawrence Berkeley and Lawrence Livermore national laboratories to develop new technologies to understand how the brain works and how to fix it when it is not working properly. These technologies include flexible polymer electrodes that make it possible to record from large numbers of neurons for months at a time. Frank has received numerous awards for his scientific discoveries and mentoring, including fellowships from the Sloan, McKnight and Merck foundations as well as the Society for Neuroscience Young Investigator Award, the Indiana University Gill Young Investigator Award, the UCSF Faculty Mentoring Award, and the College Mentors for Kids Inspire Award. 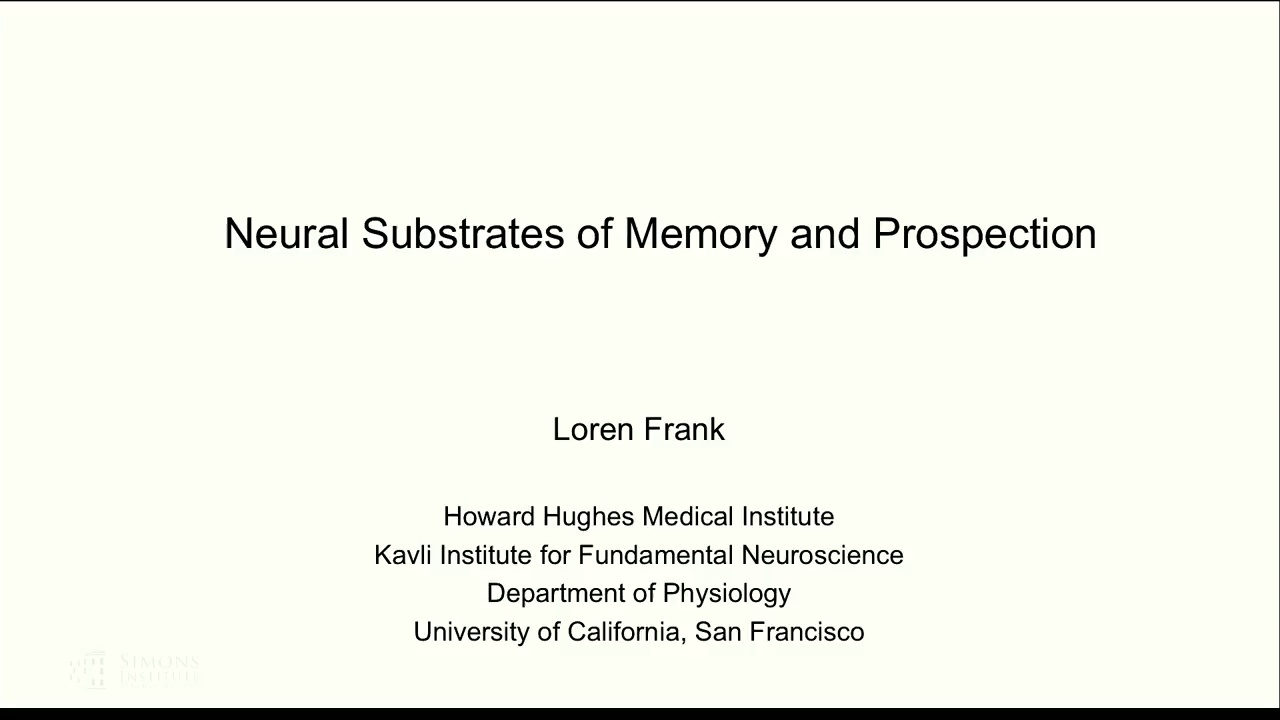 Continuous 8 Hz Alternation between Divergent Representations in the Hippocampus

The hippocampus is well known as a central site for memory processing-critical for storing and later retrieving the experiences events of daily life so they can be used to shape future behavior. Much of what we know about the physiology underlying hippocampal function comes from spatial navigation studies in rodents, which have allowed great strides in understanding how the hippocampus represents experience at the cellular level. However, it remains a challenge to reconcile our knowledge of spatial encoding in the hippocampus with its demonstrated role in memory-dependent tasks in both humans and other animals. Moreover, our understanding of how networks of neurons coordinate their activity within and across hippocampal subregions to enable the encoding, consolidation, and retrieval of memories is incomplete. In this chapter, we explore how information may be represented at the cellular level and processed via coordinated patterns of activity throughout the subregions of the hippocampal network.

Cognitive faculties such as imagination, planning, and decision-making entail the ability to represent hypothetical experience. Crucially, animal behavior in natural settings implies that the brain can represent hypothetical future experience not only quickly but also constantly over time, as external events continually unfold. To determine how this is possible, we recorded neural activity in the hippocampus of rats navigating a maze with multiple spatial paths. We found neural activity encoding two possible future scenarios (two upcoming maze paths) in constant alternation at 8 Hz: one scenario per ∼125-ms cycle. Further, we found that the underlying dynamics of cycling (both inter- and intra-cycle dynamics) generalized across qualitatively different representational correlates (location and direction). Notably, cycling occurred across moving behaviors, including during running. These findings identify a general dynamic process capable of quickly and continually representing hypothetical experience, including that of multiple possible futures. 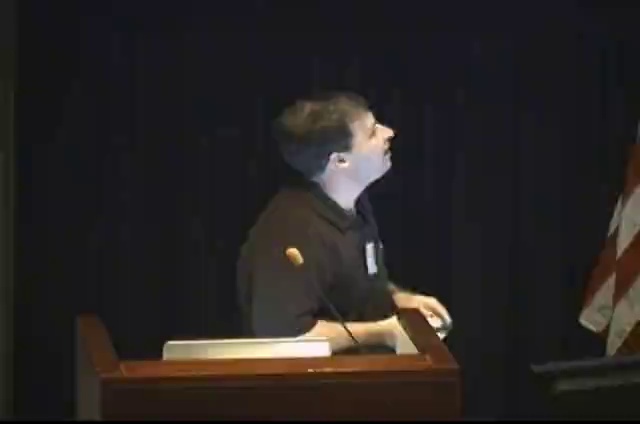 Hippocampal replay in the awake state: a potential substrate for memory consolidation and retrieval

Linking patterns of neural activity to learning and memory

The hippocampus is required for the encoding, consolidation and retrieval of event memories. Although the neural mechanisms that underlie these processes are only partially understood, a series of recent papers point to awake memory replay as a potential contributor to both consolidation and retrieval. Replay is the sequential reactivation of hippocampal place cells that represent previously experienced behavioral trajectories and occurs frequently in the awake state, particularly during periods of relative immobility. Awake replay may reflect trajectories through either the current environment or previously visited environments that are spatially remote. The repetition of learned sequences on a compressed time scale is well suited to promote memory consolidation in distributed circuits beyond the hippocampus, suggesting that consolidation occurs in both the awake and sleeping animal. Moreover, sensory information can influence the content of awake replay, suggesting a role for awake replay in memory retrieval. 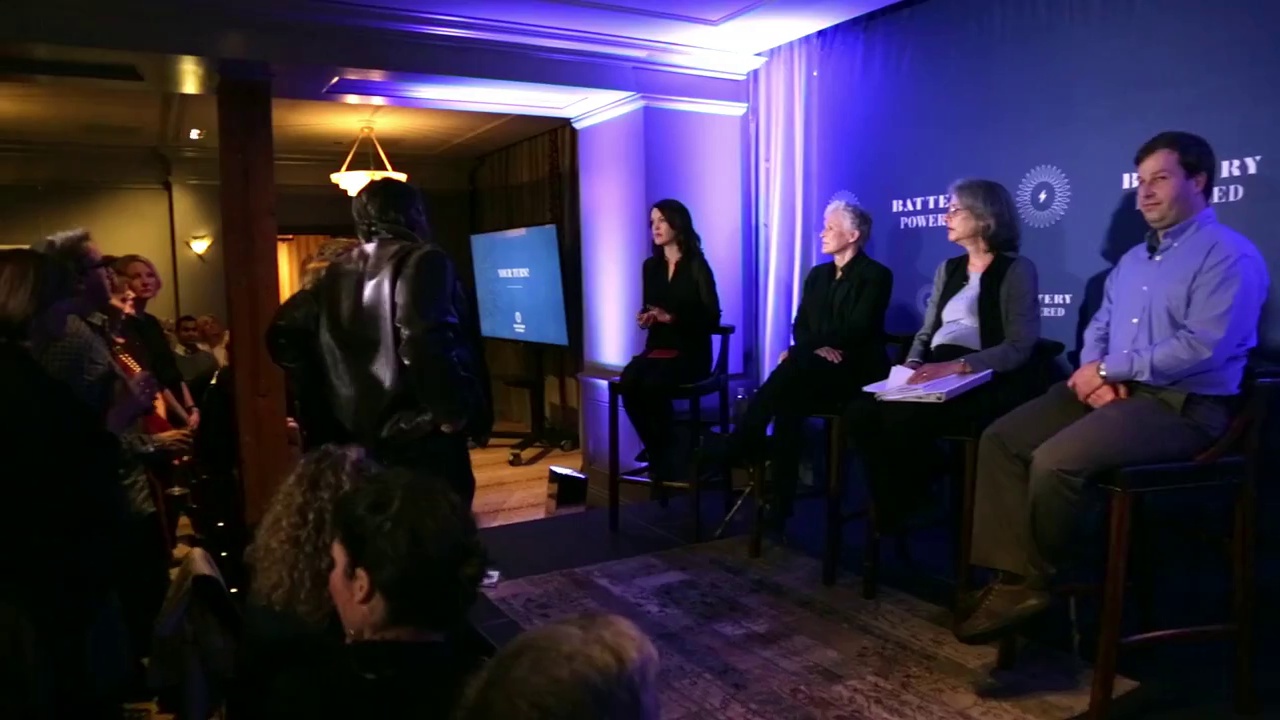 Mental Health and the Brain

Mental Health and the Brain

Talk by Prof. Loren Frank on Mental Health and the Brain at the Battery SF 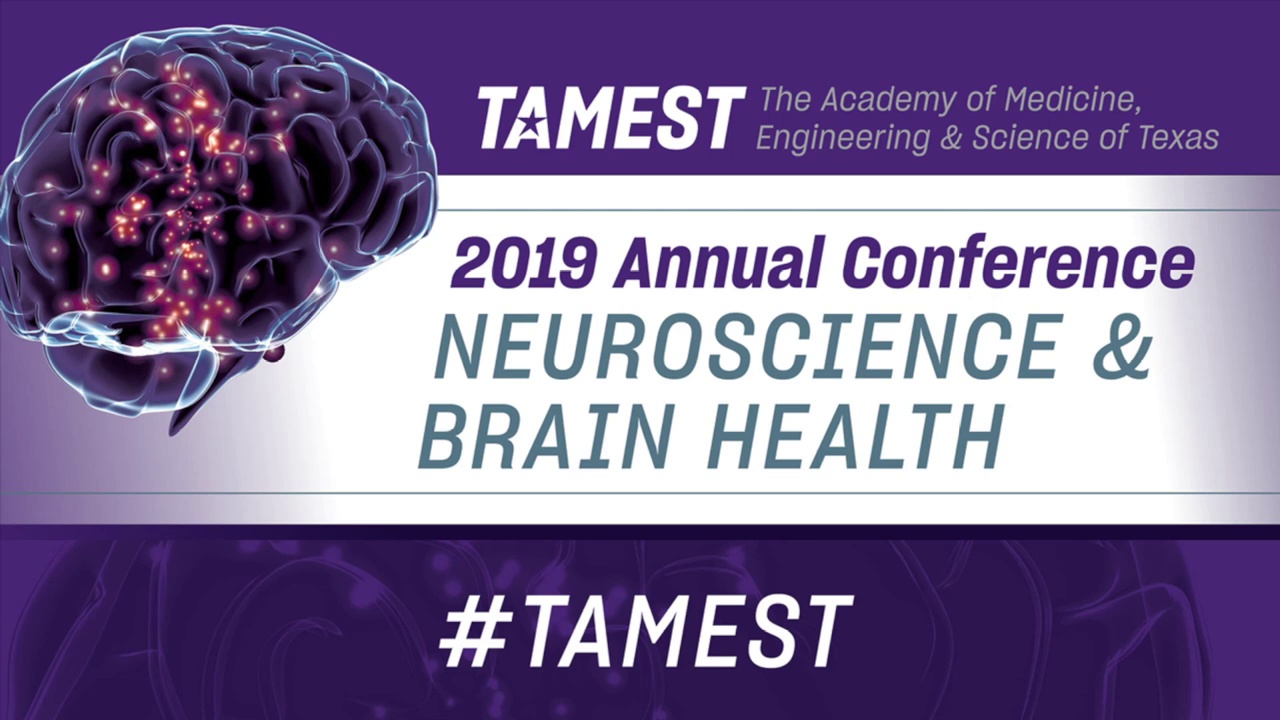 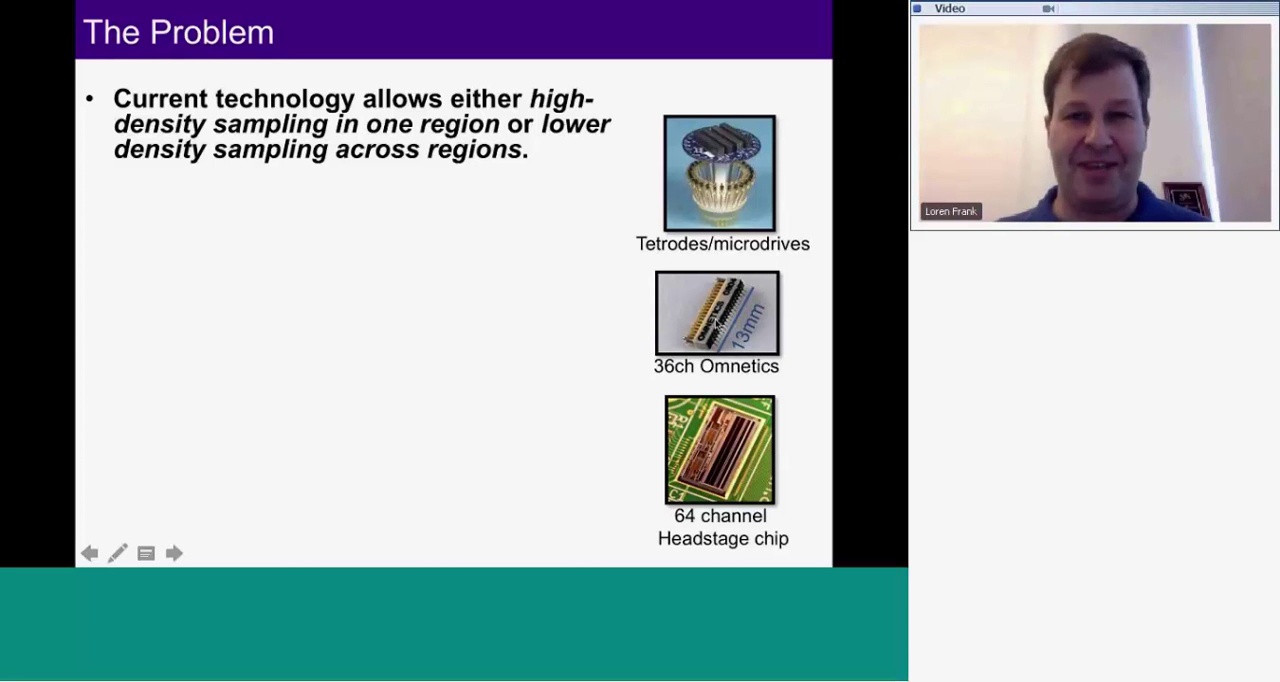 Annual International Conference of the IEEE Engineering in Medicine and Biology Society, 2014

The brain is a massively interconnected network of specialized circuits. Even primary sensory areas, once thought to support relatively simple, feed-forward processing, are now known to be parts of complex feedback circuits. All brain functions depend on millisecond timescale interactions across these brain networks. Current approaches cannot measure or manipulate such large-scale interactions. Here we demonstrate that polymer-based, penetrating, micro-electrode arrays can provide high quality neural recordings from awake, behaving animals over periods of months. Our results indicate that polymer electrodes are a viable substrate for the development of systems that can record from thousands of channels across months to years. This is our first step towards developing a 1000+ electrode system capable of providing high-quality, long-term neural recordings.

Loading Projects...
Bulletin Board
Loren hasn't posted anything yet.